The 23rd Dinner Event of Münchner Finance Forum took place on 1 March 2016 at the refurbished Donisl next to Marienplatz. The theme of the evening was “Investments in Motion Pictures”.

Hanns Beese, CFO of Constantin Film, presented the impact of changing in-home viewing behavior on producers. The rise of Amazon Prime and Netflix, which now combine more than two thirds of the subscription video on demand market, changes the industry in two directions. First, the pre-selection of the “start screen” reduces the amount of movies relevant to the consumers. Secondly the huge market power will shift the margins of producers significantly towards the digital giants.

The second presentation of the evening was given by Max Wiedemann, founder and managing director of Wiedemann & Berg Filmproduktion, on “Success Factors of Film Investments”. Together with his schoolmate Quirin Berg, he studied at the Academy of Film and Television in Munich, where they met Florian Henckel von Donnersmarck. In 2007 they won the Oscar in the category “Best Foreign Language Film” for “Das Leben der Anderen”, a movie directed by Florian Henckel von Donnersmarck and produced by Wiedemann & Berg. Max Wiedemann sees the success of film investments as being a clear pattern in the composition of producer, director and actor. It’s often the same people who are successful. Nevertheless, there is no guarantee of a success, which is why investors should rather diversify their investment. 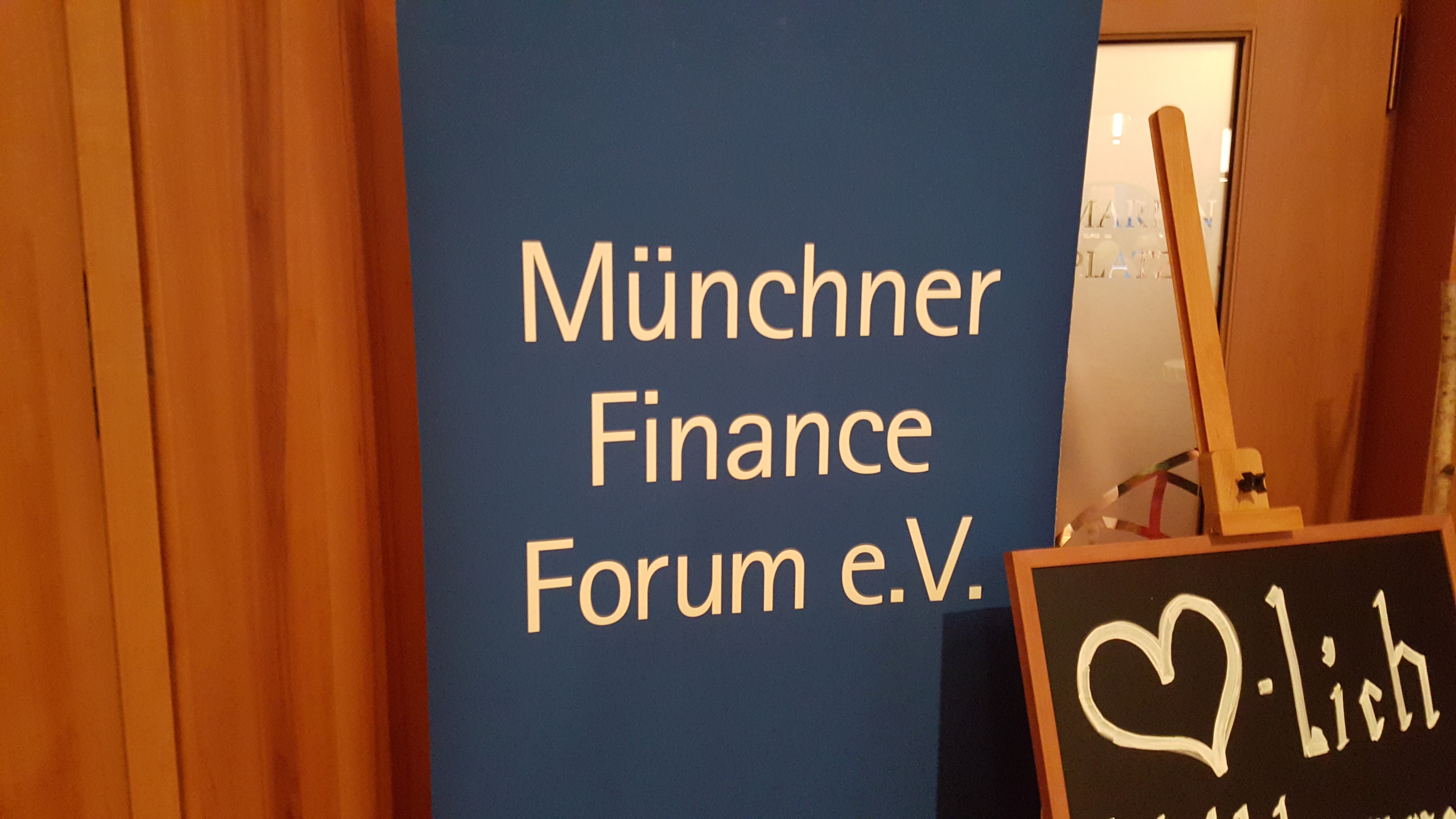 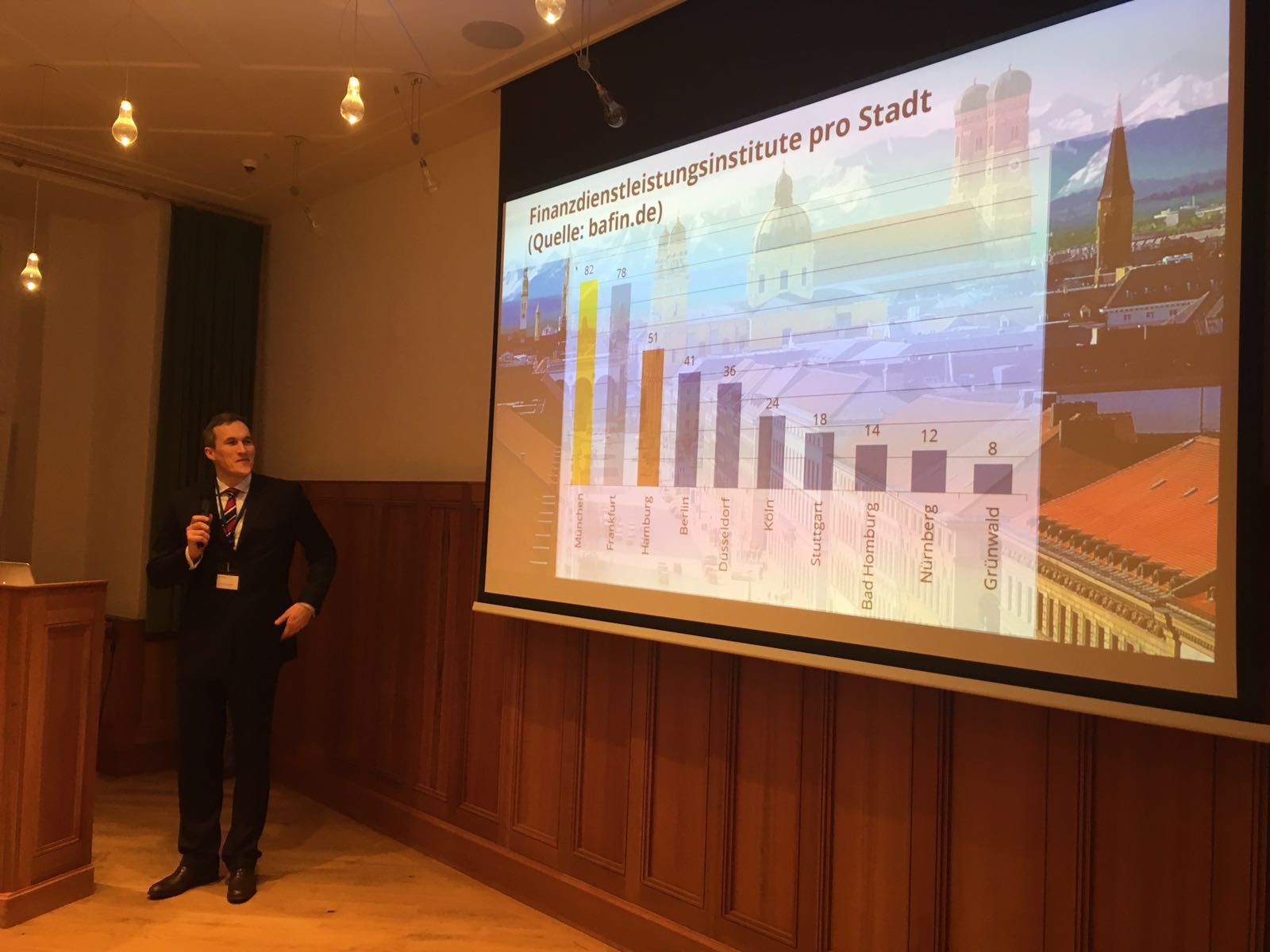 The 11th annual conference of the Münchner Finance Forum attracted more than 460 visitors. In the largest lecture hall (AudiMax) of the Technische Universität München, leading practitioners and academics presented on the topic “real assets”. The Münchner Finance Forum e.V. is a non-profit organization for knowledge sharing between capital markets science and practice and has its origin at financial.com. 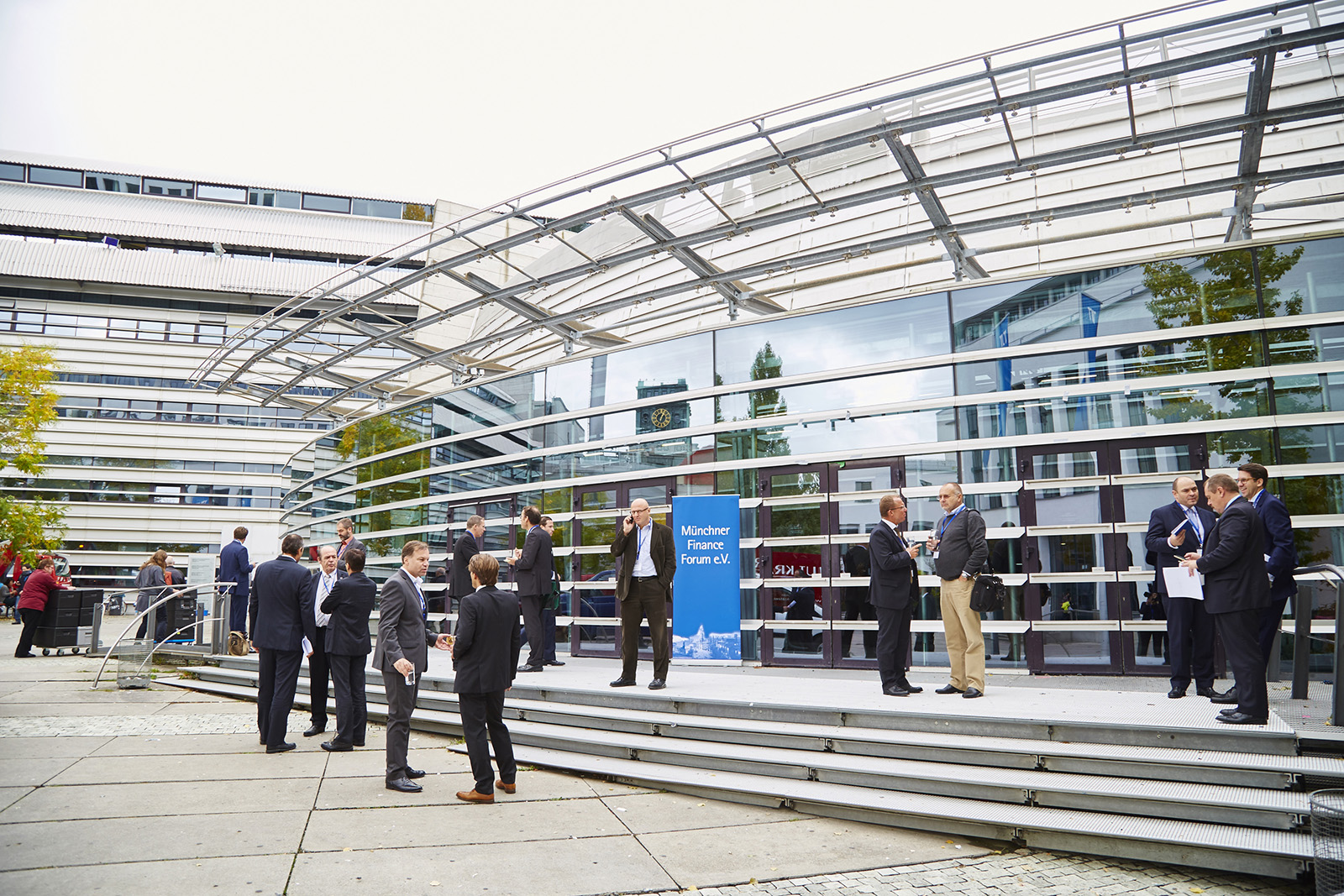 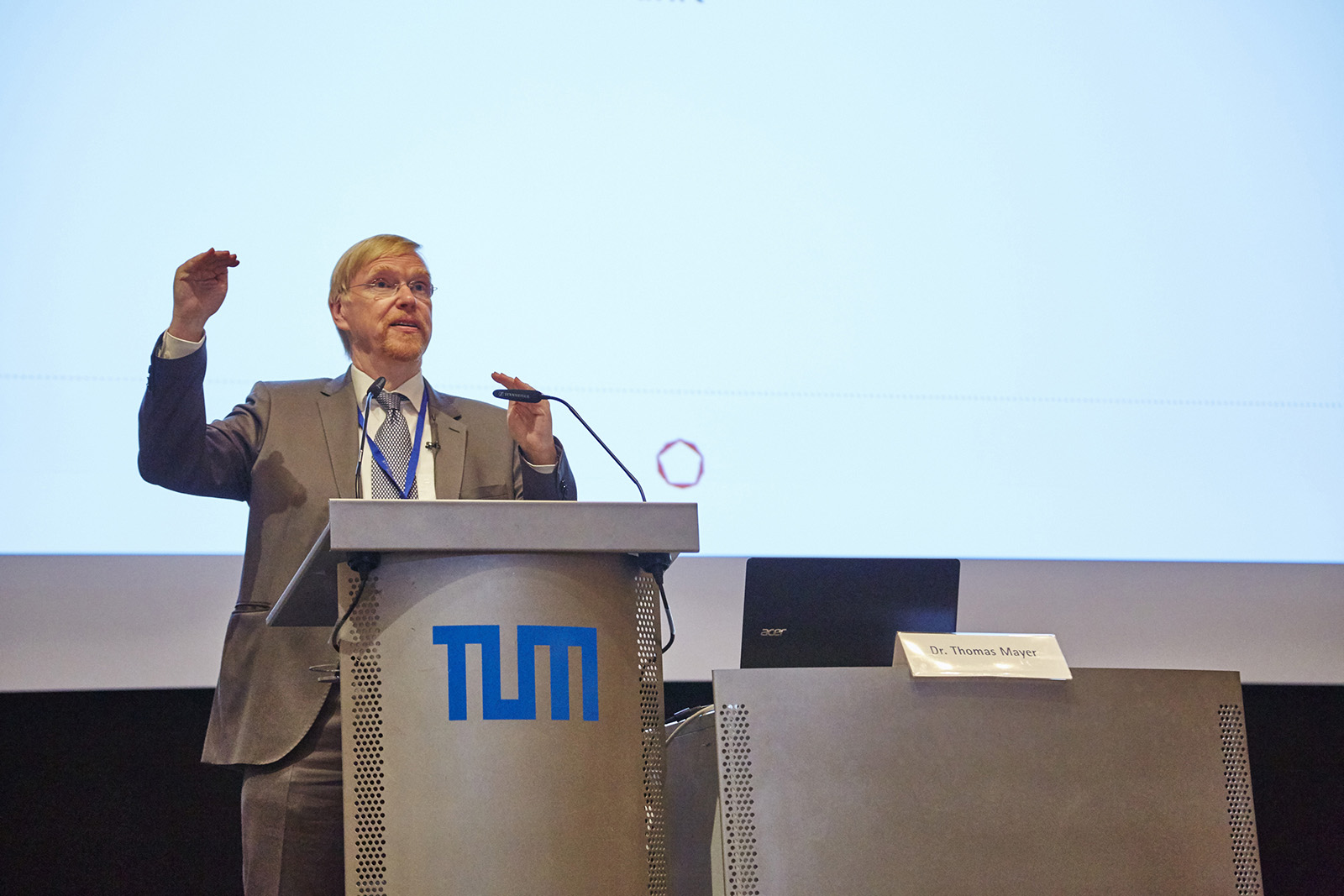 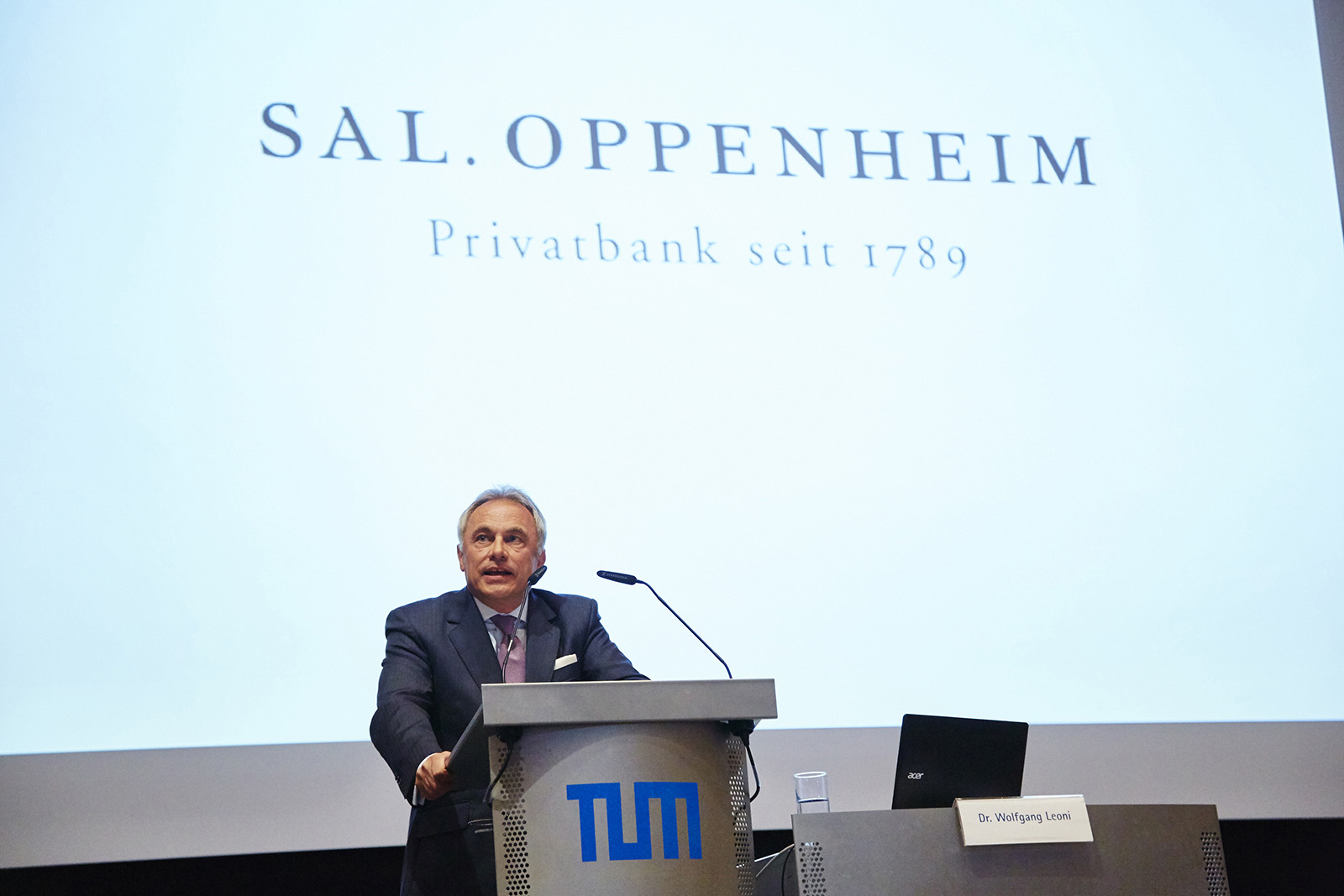 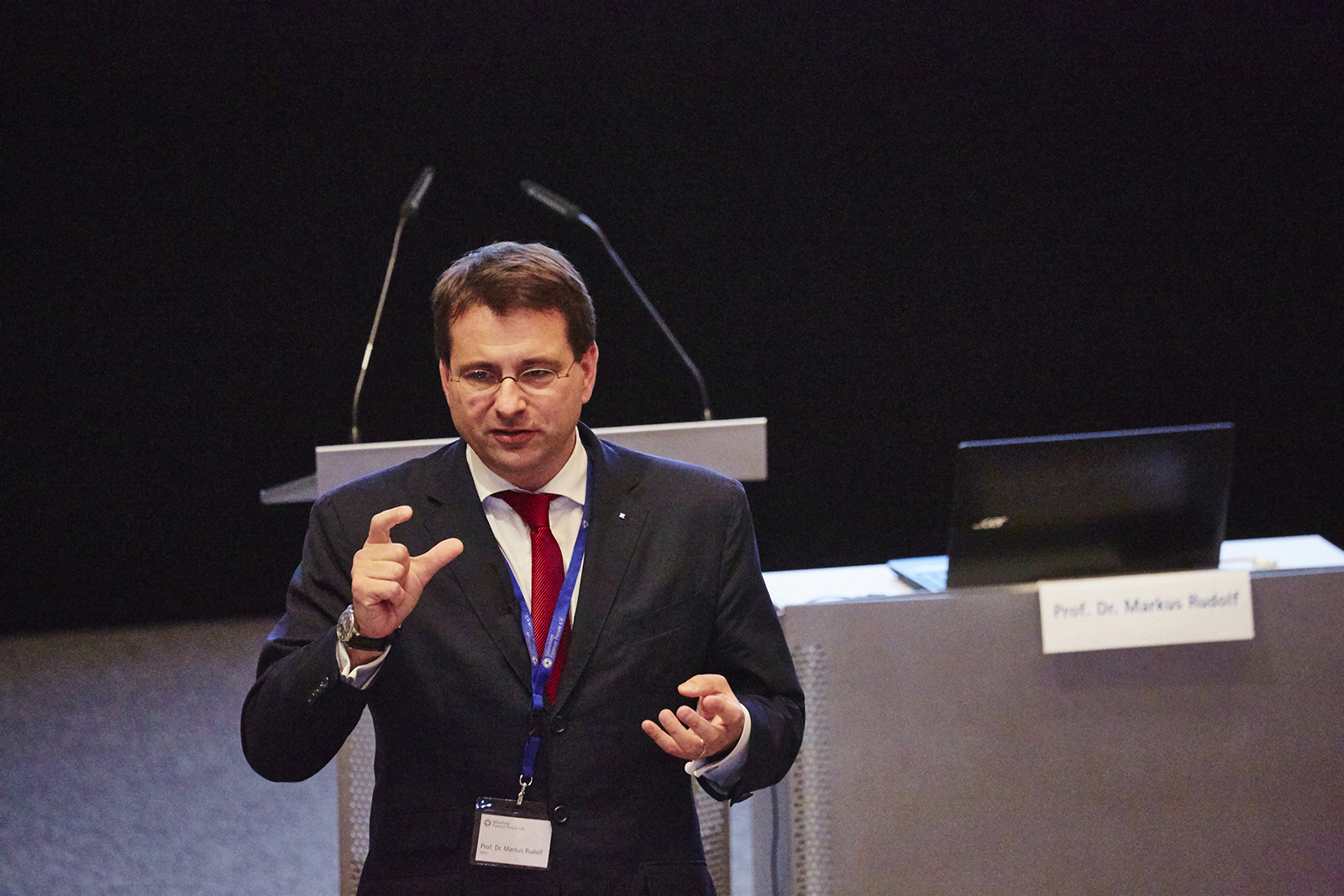 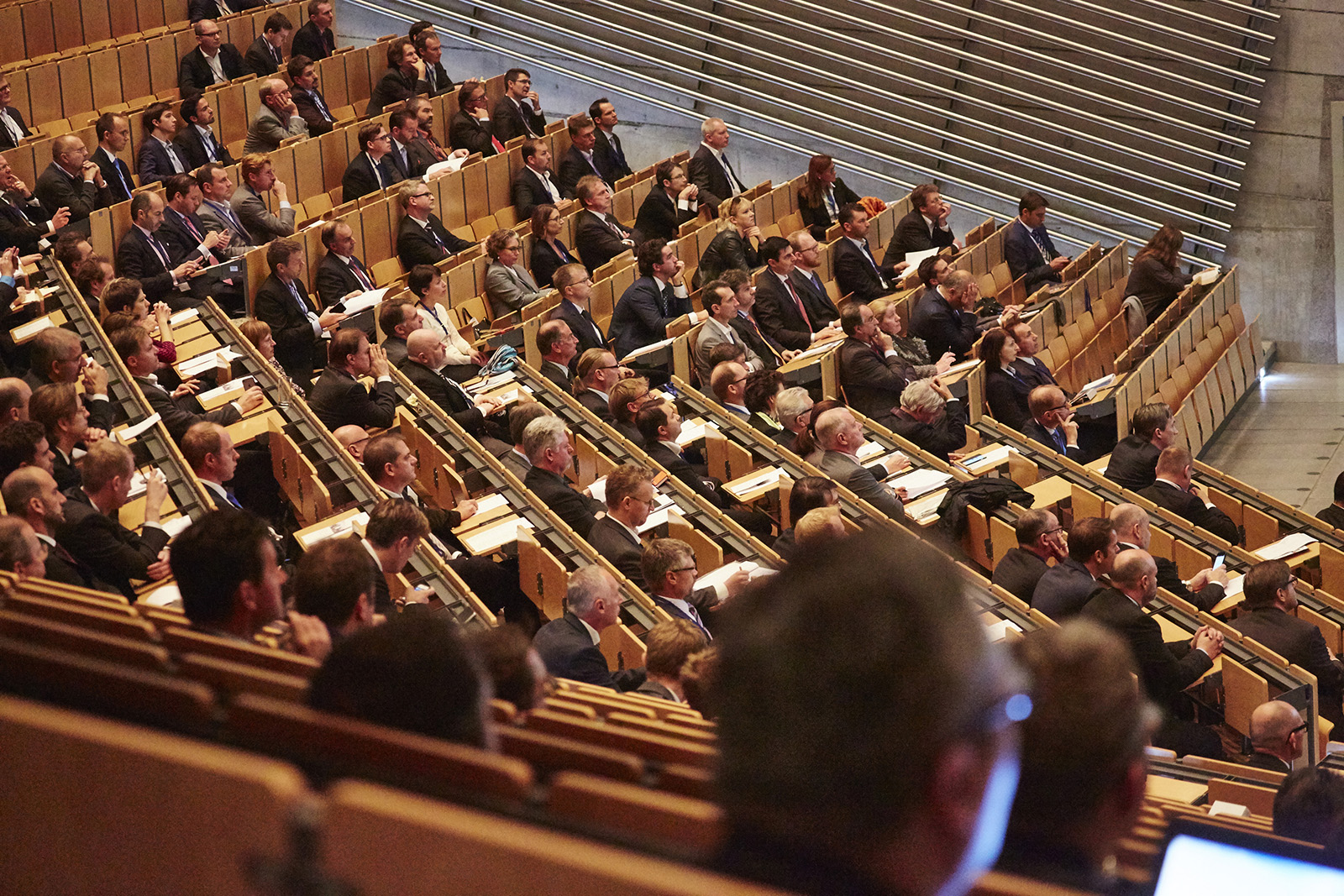 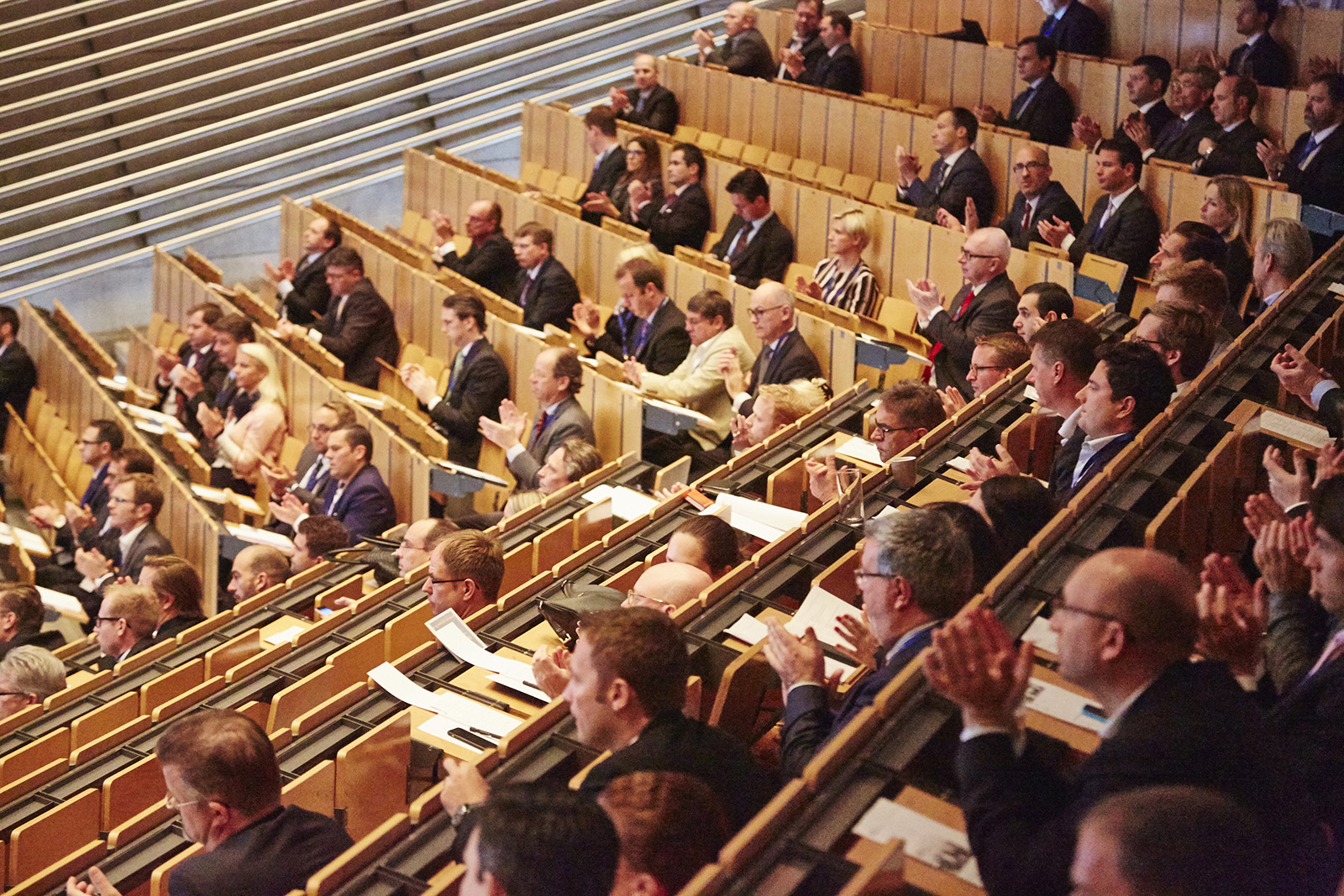 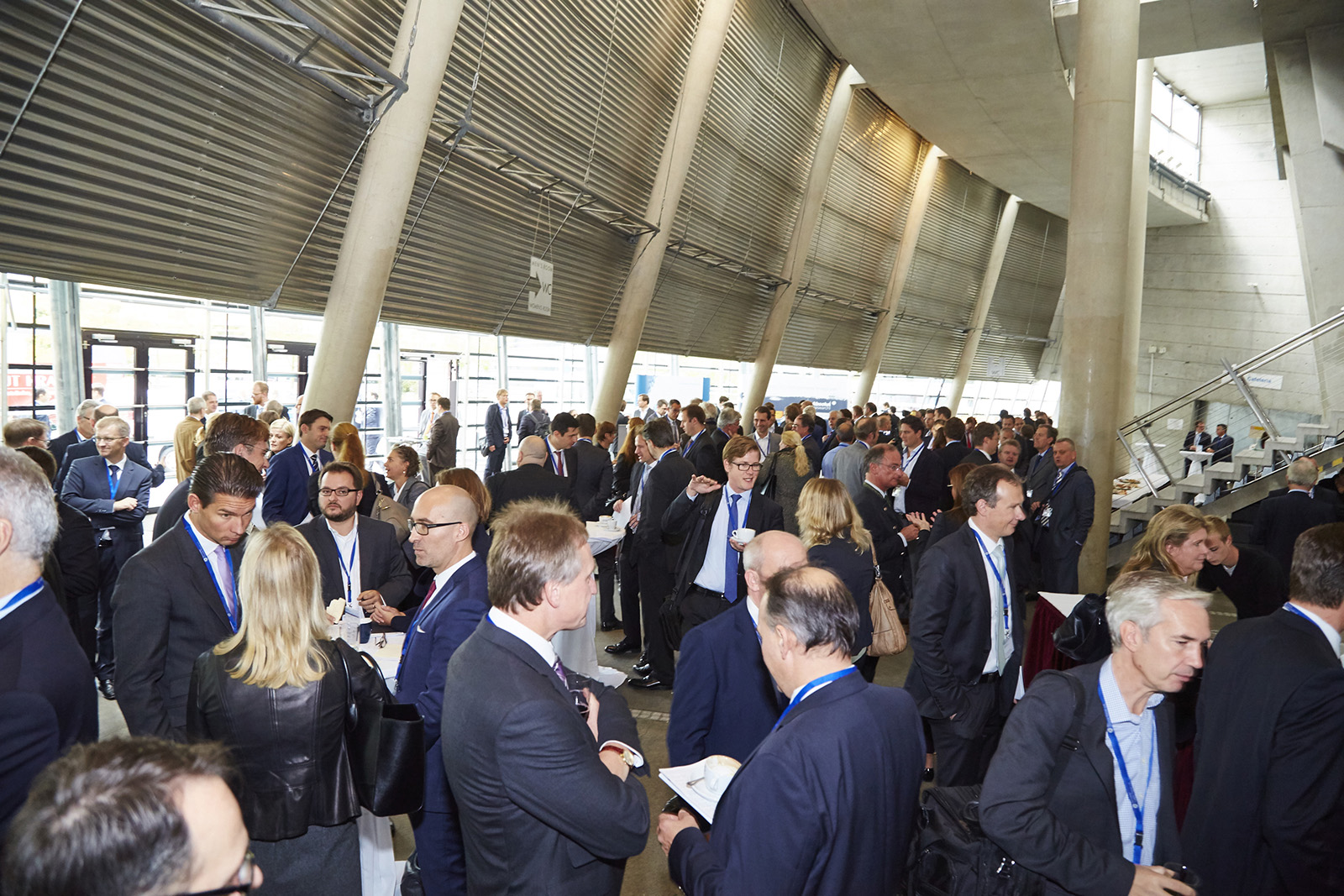 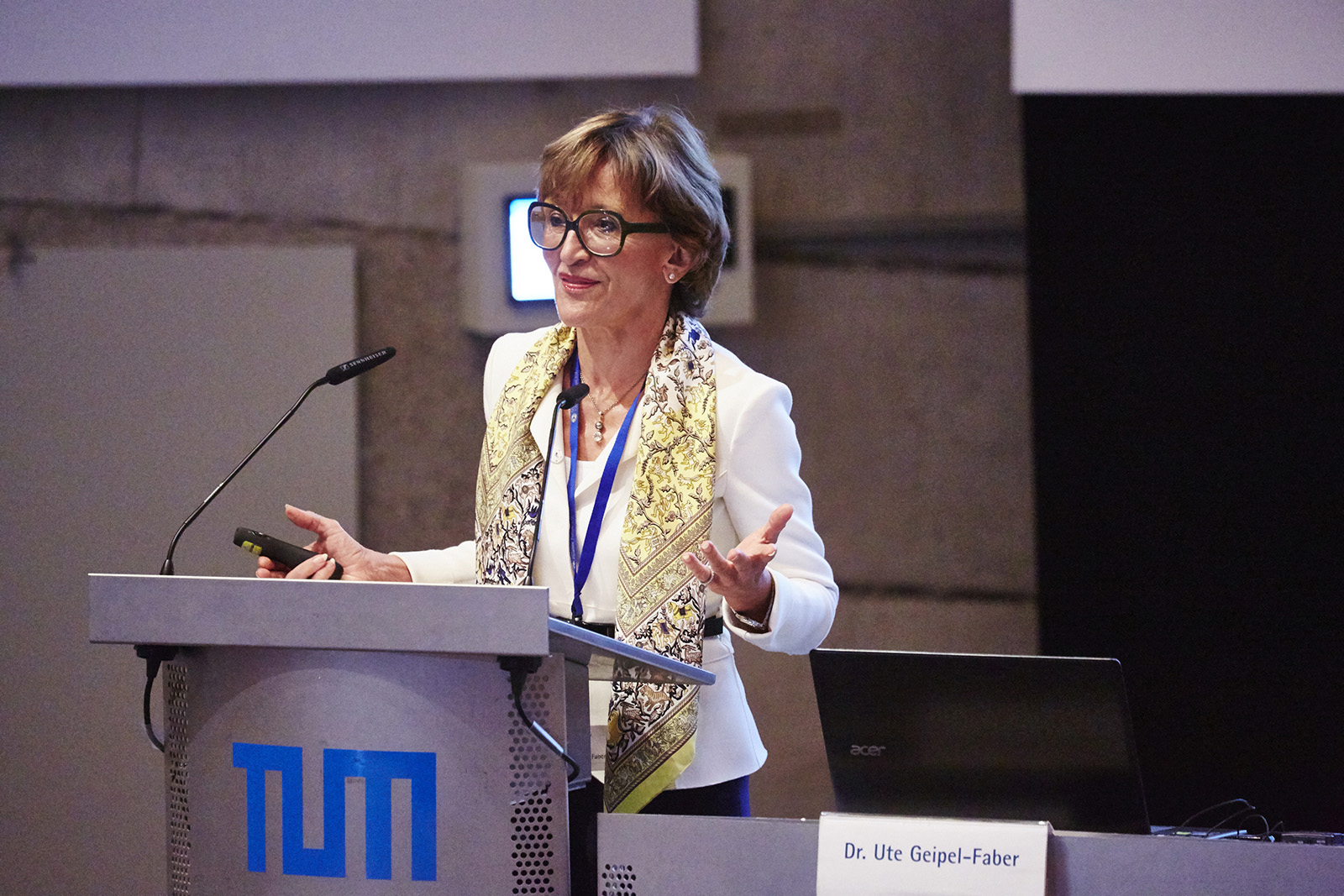 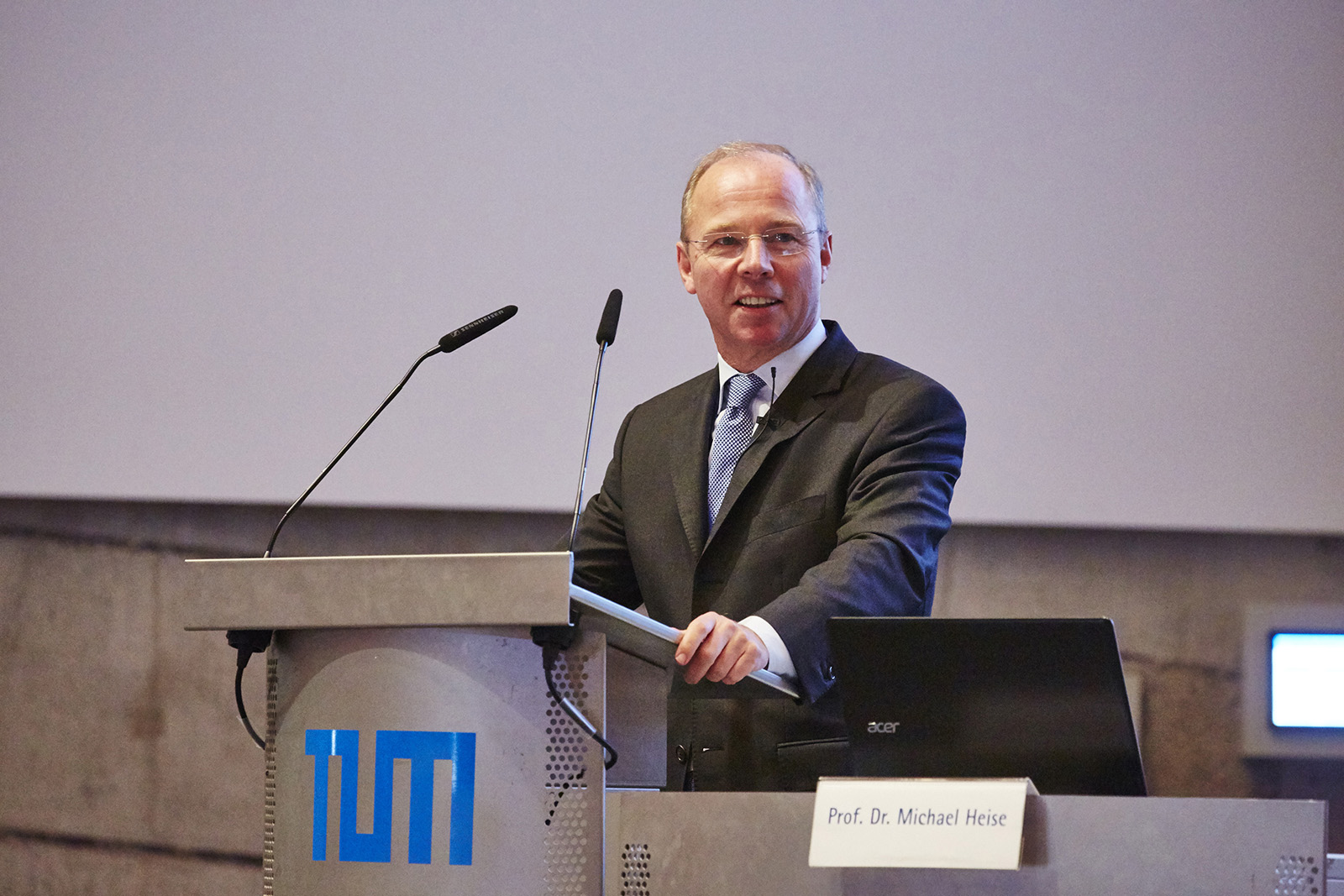 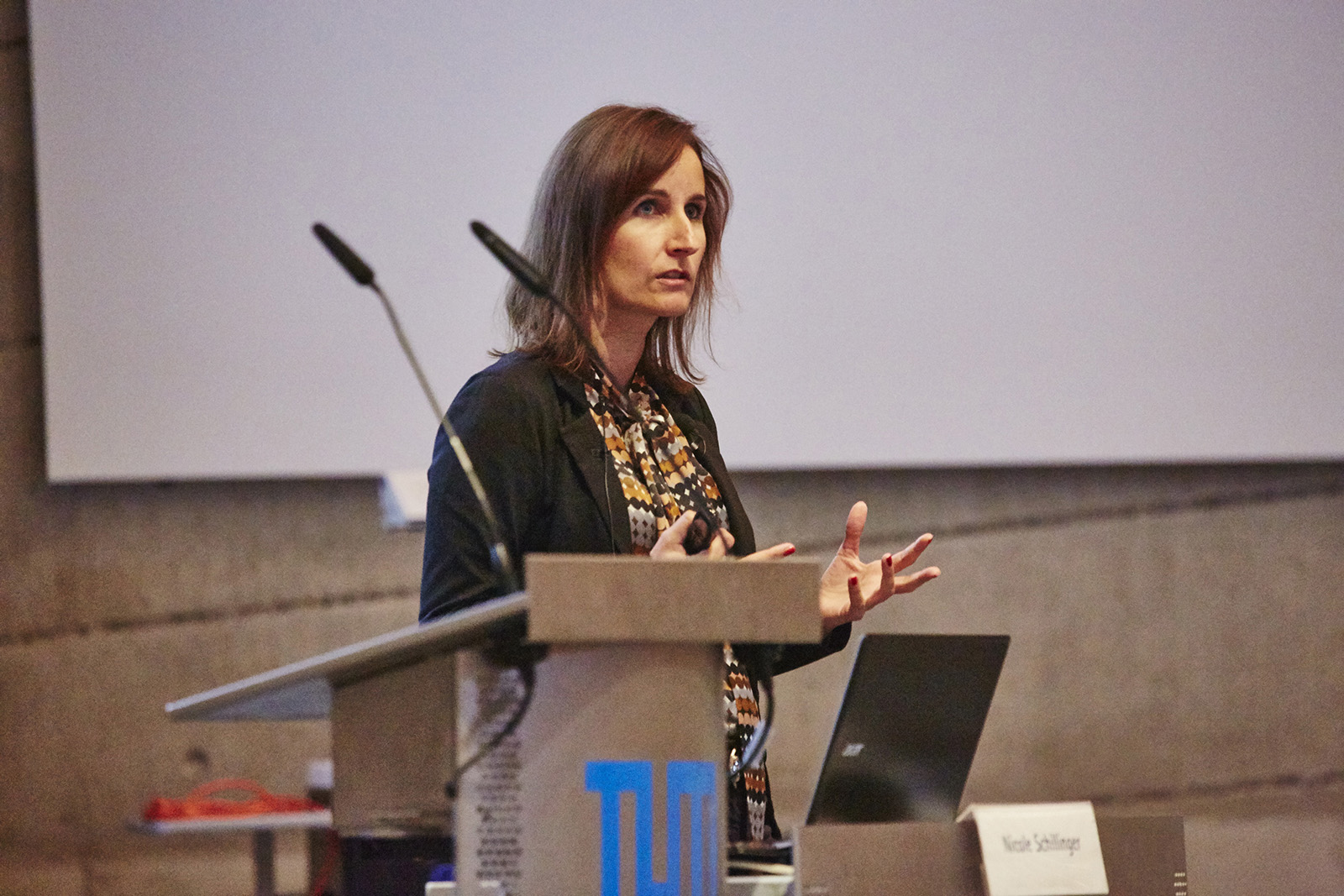 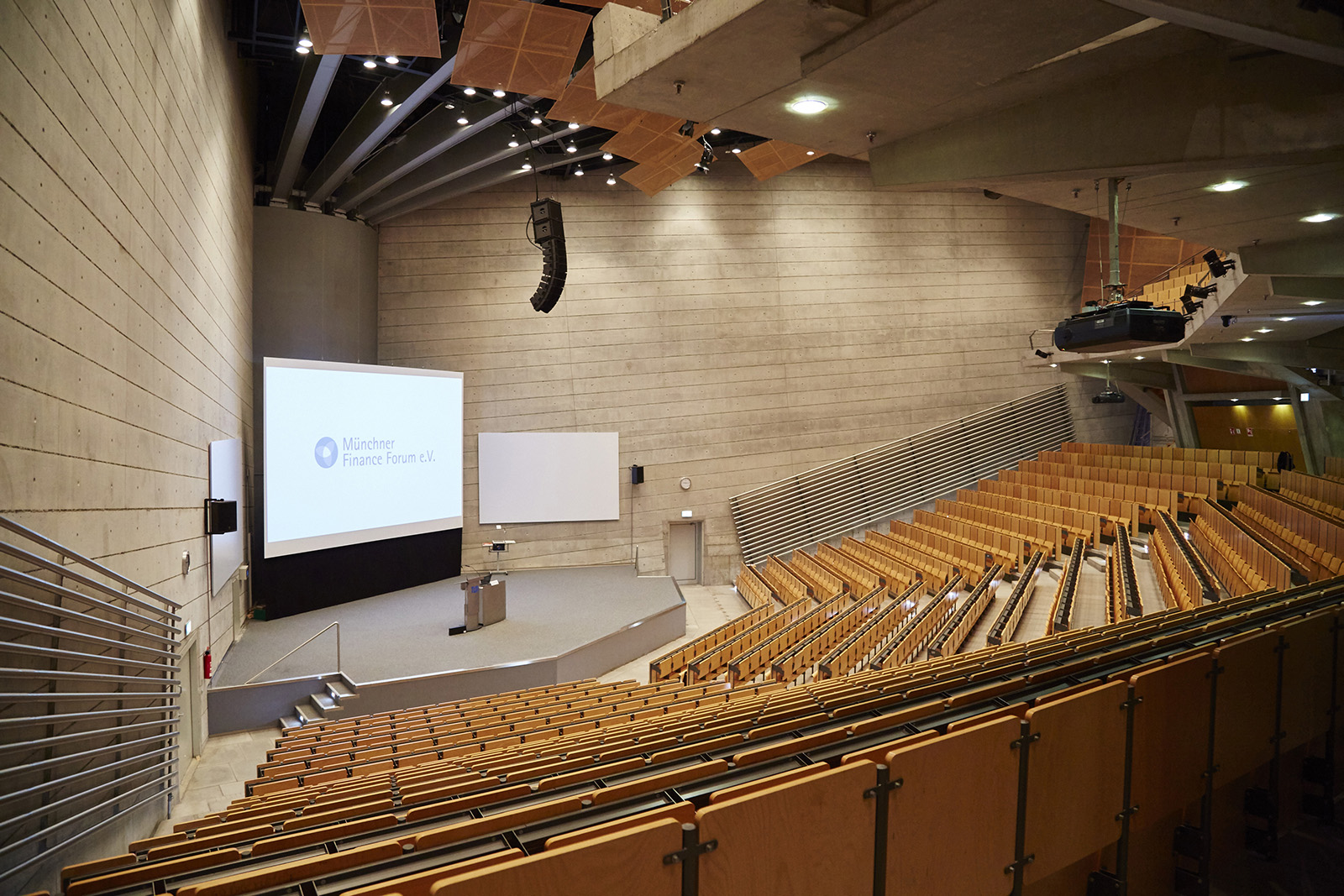 The 10th annual conference of the Münchner Finance Forum took place in the largest lecture hall (“AudiMax”) of the Technische Universität München.  At the forum, renowned practitioners and finance professors presented their view on “Search for yield in times of financial repression” to more than 320 visitors.  The Münchner Finance Forum e.V. is a non-profit organization for education in the field of institutional asset management and was founded with the support of financial.com.

The second annual conference of the Münchner Finance Forum took place in the press room at the Allianz Arena. Renowned practitioners and finance professors discussed their view on “Collaboration in the asset management industry” with more than 250 visitors. The finance association was founded with support of financial.com and is an initiative for the financial center Munich. For more information see here.

Today six renowned practitioners and academic researchers presented their views on “New ways to stable portfolio returns” to more than 200 visitors. A special highlight of course was the location of the event. The Allianz Arena is the most modern soccer stadium in the world and home to FC Bayern München. The event took place with support of financial.com. For more details see here.

This site uses cookies. By continuing to browse the site, you are agreeing to our use of cookies.

We may request cookies to be set on your device. We use cookies to let us know when you visit our websites, how you interact with us, to enrich your user experience, and to customize your relationship with our website.

Click on the different category headings to find out more. You can also change some of your preferences. Note that blocking some types of cookies may impact your experience on our websites and the services we are able to offer.

These cookies are strictly necessary to provide you with services available through our website and to use some of its features.

Because these cookies are strictly necessary to deliver the website, refuseing them will have impact how our site functions. You always can block or delete cookies by changing your browser settings and force blocking all cookies on this website. But this will always prompt you to accept/refuse cookies when revisiting our site.

We fully respect if you want to refuse cookies but to avoid asking you again and again kindly allow us to store a cookie for that. You are free to opt out any time or opt in for other cookies to get a better experience. If you refuse cookies we will remove all set cookies in our domain.

We provide you with a list of stored cookies on your computer in our domain so you can check what we stored. Due to security reasons we are not able to show or modify cookies from other domains. You can check these in your browser security settings.

These cookies collect information that is used either in aggregate form to help us understand how our website is being used or how effective our marketing campaigns are, or to help us customize our website and application for you in order to enhance your experience.

If you do not want that we track your visist to our site you can disable tracking in your browser here:

We also use different external services like Google Webfonts, Google Maps, and external Video providers. Since these providers may collect personal data like your IP address we allow you to block them here. Please be aware that this might heavily reduce the functionality and appearance of our site. Changes will take effect once you reload the page.